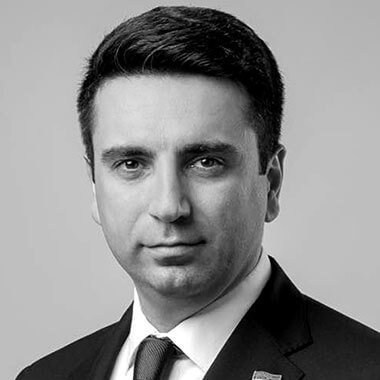 Alen Simonyan is an Armenian politician, member of National Assembly of Armenia and former member of Yerevan City Council. With a life-long dedication to serve the people of his country, Mr. Simonyan began his venture in 2001, where he served in the Armed Forces of Armenia. Several years after graduating from the Faculty of Law of Yerevan State University, Simonyan founded Ararat Media Group, and worked as Editor-in-Chief of Ararat magazine. He joined the National Assembly in 2018 as an elected member, and then took the position of Elected Vice-President of National Assembly in January 2019.