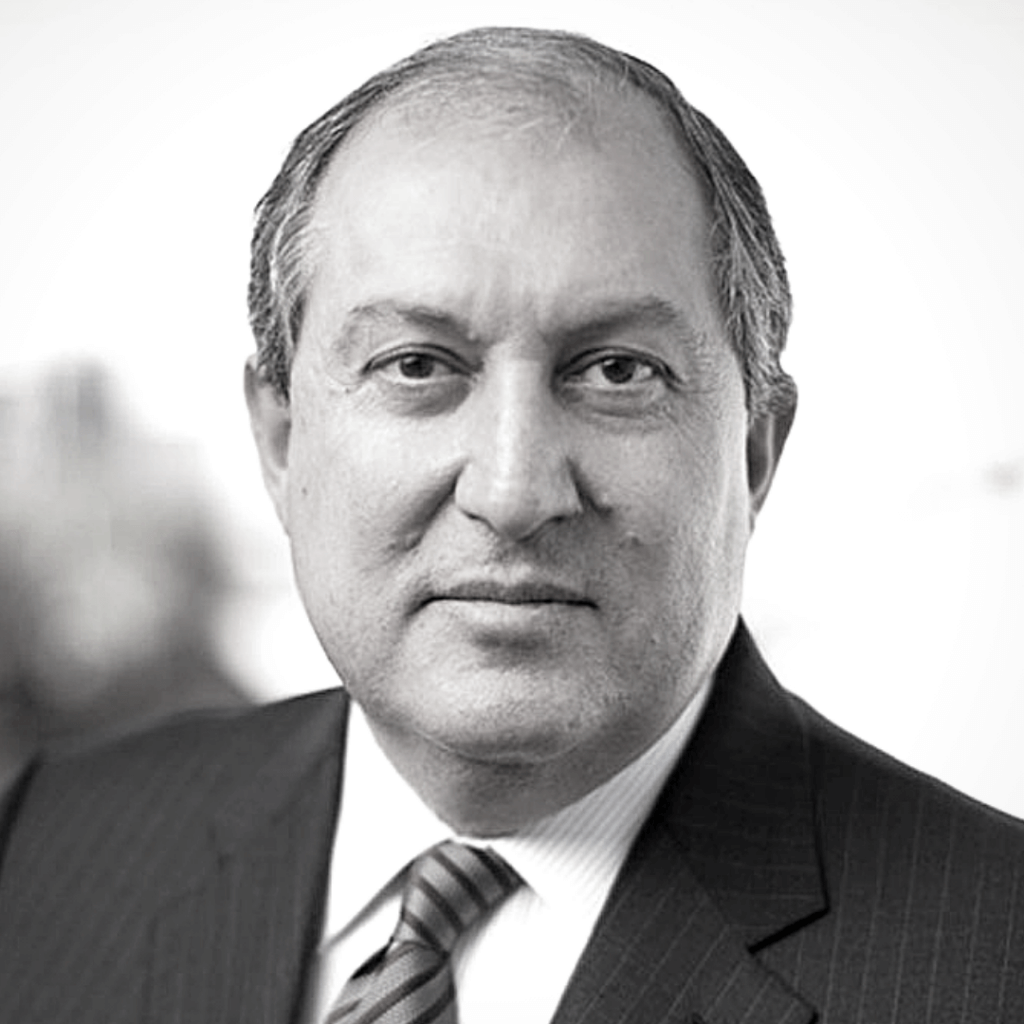 Previously serving as Prime Minister of the Republic of Armenia, and longest-serving Ambassador in London, President Armen Sarkissian has dedicated his life’s work to serve his nation. As founding President of Eurasia House International, he encouraged and fostered critical dialogue and cooperation among political and business leaders around the globe. A well-known civic leader, President Sarkissian holds honorary and executive positions in numerous international organizations and is Chairman of a host of global companies.