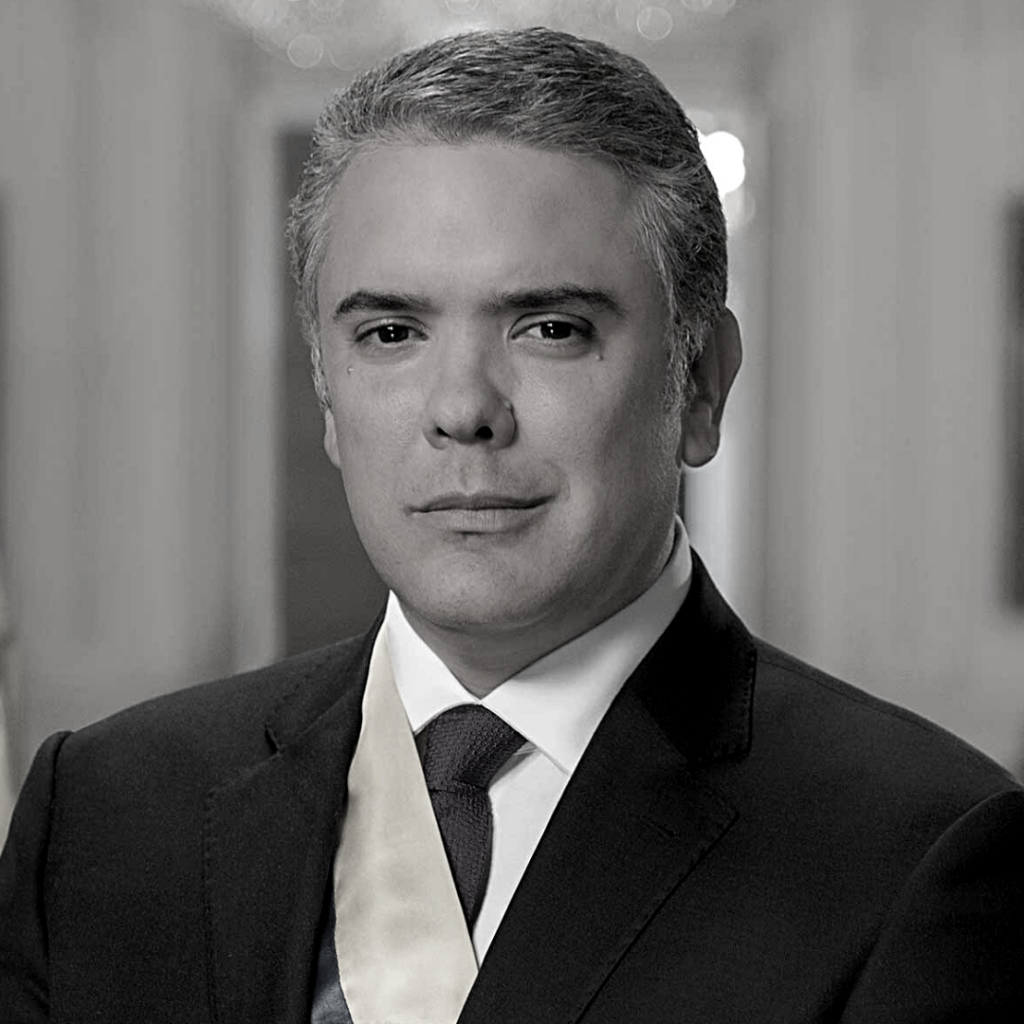 H.E. Iván Duque Márquez was elected President of Colombia for the 2018-2022 constitutional term. He has stood out in several of the country’s political developments, including the suit against the Legislative Act for Peace, before the Constitutional Court, that limited the fast track and allowed Congress to make changes to the implementation of the peace agreements with the FARC. In 2016 the Semana magazine and the Fundación Colombia Líder elected him as one of the most outstanding leaders of the country and during his three years as congressman he was elected best Senator by his peers and by several local organizations that spotlight and measure the work of Colombian legislators.