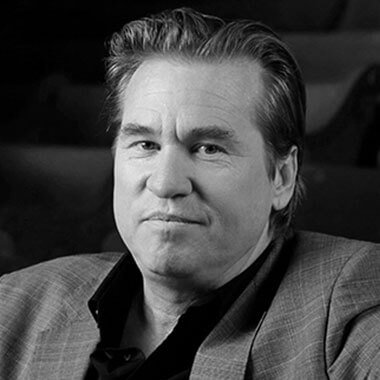 Val Kilmer is most famously known for his roles in box office hits such as Top Gun, The Prince of Egypt, as well as playing the role of Bruce Wayne in Batman Forever, in 2005. He started his journey studying at Hollywood’s Professional’s School and, in his teens entered Juilliard’s drama program, becoming the youngest student ever accepted into Juilliard’s drama department at the time. His passion for the performing arts isn’t the only thing fuelling Kilmer to success. More recently, he has explored a more philanthropic side, visiting Iraq briefly in April 1998 with AmeriCares to deliver supplies, and currently a dedicated supporter of Native American affairs and an advocate of environmental protection.