Decades-old tensions between Armenia and Azerbaijan erupt again into fighting, prompting fears of a major escalation.

Despite a global pandemic still looming across all borders, hostility still broods in parts of the world where freedom weighs heavier than health.

This is the case for Armenia, a small and ancient nation in the southern Caucasus, landlocked between Georgia, Turkey, Iran, and Azerbaijan.

The latter is currently at war with Armenia over a disputed territory called Nagorno-Karabakh, which has caused an immense international response and demand for ceasefire from global leaders.

With less than one third of Armenians living in Armenia as a result of the 1915 genocide by the Ottoman Turks, out of the 11 million population worldwide, 8 million Armenians are dispersed across the globe, and 150,000 living in Nagorno-Karabakh.

“It is remarkable to see the power of unity of our Armenian diaspora, gathering in so many parts of the world and bringing the cause of Nagorno-Karabakh to the global stage,” shares Arton, who has pledged a philanthropic commitment to help the nation through many social action initiatives. “It is time the world heard our story and diplomacy is brought back into the region that has seen so much destruction,” he says.

What is happening in Nagorno-Karabakh? 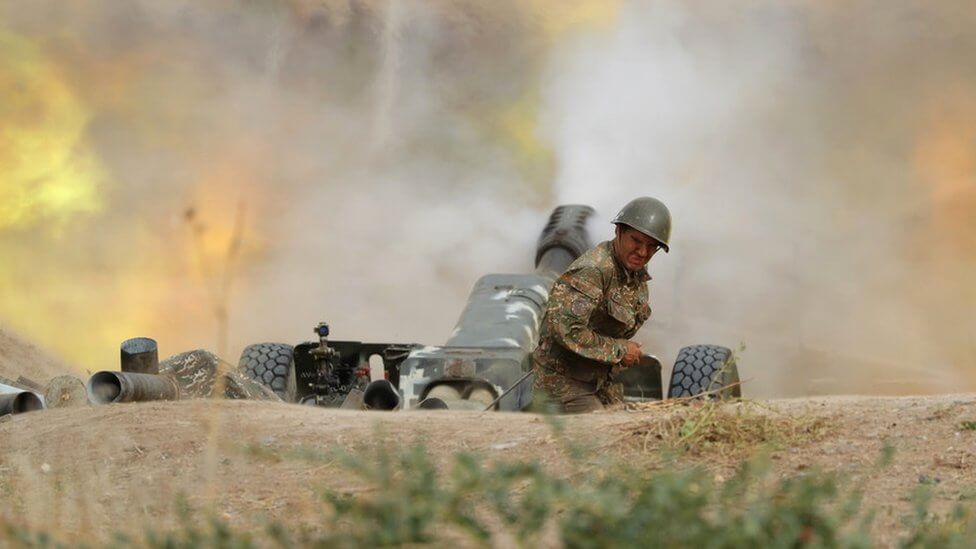 The confrontation over Nagorno-Karabakh’s status first erupted after the breakup of the Soviet Union in the 1990s, when the region declared independence from Azerbaijan, sparking a violent conflict.

Azerbaijan describes Armenia’s current presence in Nagorno-Karabakh as an illegal occupation on their land. Armenia refuses this claim, stating that the land has belonged to the Armenian population since their first occupation of the territory in 4th century BC where they have held a 90% population majority in the area ever since.

By the end of 1993, the conflict had caused thousands of casualties and created hundreds of thousands of refugees on both sides. Since the end of the Nagorno-Karabakh War in 1994, to which Armenians claimed de facto independence, the governments of Armenia and Azerbaijan held peace talks mediated by the OSCE Minsk Group and agreed to a ceasefire.

This ceasefire was violated numerous times since then, with the most recent one taking place on September 27, 2020, to which neither country assumes responsibility.

Both sides have strong nationalist tendencies, but what makes it more concerning on the international front, is the involvement of Turkey as a vocal ally to Azerbaijan in their fight to take back their territories.

According to Turkish President Erdogan, “Azerbaijan had to take matters into its own hands whether it likes it or not and Turkey will continue to stand with Azerbaijan with all its resources and heart.” But there has been international concern that Turkey may also be backing a bigger military operation.

Keeping in mind that Turkey has one of the most powerful military in the Middle East, coupled with that of Azerbaijan’s; the odds are not in Armenia’s favor.

French President, Mr. Macron meanwhile appeared to promise greater support to Armenia in the coming days, stating “I say to Armenia and to the Armenians, France will play its role,” and has also condemned Turkey for its involvement.

“A red line has been crossed, which is unacceptable,” Macron said. “I urge all NATO partners to face up to the behavior of a NATO member.”

Turkey continues to state that it will do “what is necessary” to back Azerbaijan.

Previous escalations between Armenian and Azerbaijani forces have been contained after a few days – but the intensity of the current fighting indicates that this may not be possible this time.

“As global citizens, we are faced with a diaspora paralysis. The current conflict is not just a battle for land, resources, and geographic borders. It is a war against narratives, how they are controlled, and how many times throughout history facts are distorted to fit agendas,” shares Arton.

“This is a fight of the people, scattered across generations and continents, united in the roots of a motherland that grounds millions of its diaspora together.”

Featured image taken by the Armenian Youth Federation of Canada during protests in Montreal.