In honour of International Women’s Day, we spotlight three inspiring women who fought for fundamental human rights as refugees and stateless individuals. Now, they’re using their voices to ensure change.

Each year on March 8, International Women’s Day celebrates the brilliant achievements of women near and far, past and present. But it’s also an important moment to recognize the injustices that women and girls, particularly the displaced and stateless, must overcome every single day.

As of 2020, the UNHCR recorded over 82 million forcibly displaced people (roughly half of whom are women or girls) – a number that grows by the day as refugees flee Ukraine in the wake of the Russian invasion. In conflict zones and refugee camps, women and girls face particularly dire circumstances. Not only are they lost their homes and everything they know, but refugee women and girls are at a higher risk of gender-based violence and sexual assault. They are also more likely to be sold into slavery, forced into marriage and brutalized by human traffickers.

“While entire communities suffer the impact of armed conflict, women and girls are often the first to lose their rights to education, to political participation and livelihoods, among other rights being bluntly violated,” said senior UN relief official Kyung-Wha Kang in 2015. “Simply, crisis exacerbates gender inequalities.”

Another group of people who lack access to basic rights – healthcare, employment, political participation, freedom of movement – are stateless individuals. The UNHCR estimates roughly 12 million people worldwide have been denied nationality due to discrimination, conflict, or a lack of documentation.

Gender discrimination is among the primary reasons for statelessness, with over two dozen countries preventing women from passing their nationality to their children. In addition, about 50 countries prohibit women from changing or acquiring citizenship. Being forcibly displaced, stateless – or both – is a traumatic, devastating experience. Yet time and time again, humans have persevered under extreme circumstances and unimaginable hardships.

Meet 3 women who lost their homes but found their purpose

Maha Mamo made history when she became the first stateless person to earn naturalized citizenship in Brazil in 2018. She was born in Lebanon to Syrian parents, ineligible for citizenship in both countries. Mamo grew up without access to many human rights. Her parents had to beg officials to get her into school.

In 2014, Brazil offered Mamo a special visa for Syrian refugees. The visa enabled her to live in Brazil but provided no pathway to citizenship. This realization – that she would forever be fighting for a place to belong, a place to call home – prompted Mamo to raise awareness about statelessness.

She quickly became a prominent speaker on statelessness and, through speeches at the United Nations and her own TED Talk, Mamo took the issue global. Thanks to Mamo’s campaigning, Brazilian adopted new immigration laws, which enable foreigners to apply for nationality if they meet specific criteria and improve immigrants’ access to documentation. Yusra Mardini became the youngest ever UNHCR Goodwill Ambassador in 2017 at the age of 19. Just two years earlier, Mardini and her sister had fled her native Syria, where the ongoing civil war has claimed more than 350,000 lives. After a perilous boat journey from Turkey to Greece across the Aegean Sea, the sisters eventually reached Germany, where they were permitted to remain under refugee status.

A professional swimmer in her home country, Mardini picked up the sport again in Berlin. Soon enough, she was recruited to join the first-ever Refugee Olympic Athletes Team and compete at the Rio 2016 games.

“When I went to the Olympics, I realized that it is not about me – it’s about the thousands of refugees around the world,” says Mardini. “Since then, I’ve been advocating for refugees. I’ve been very proud of who I am and the journey I’ve made.”

Supermodel Halima Aden encountered similar hardships early on in life. Her family left Somalia on foot to escape the deadly civil war, walking for 12 days to cross the Kenyan border. Aden was born in the Kakuma refugee camp and lived there until the age of 6, when her family immigrated to the United States. As an adult, she became the world’s first hijab-wearing supermodel, gracing the covers of Vogue and Sports Illustrated and walking the runway for top fashion designers.

The outspoken Somali-American has used her high-profile career to draw attention to the needs of refugees, serving as a UNICEF ambassador and speaking on the “Refugees Welcome” panel at the Global Citizen Forum in December 2021. “What we want is to be invited to the conversation,” she said in an interview with UNICEF. “It always comes down to choice – letting people live the kind of life they want to live.” 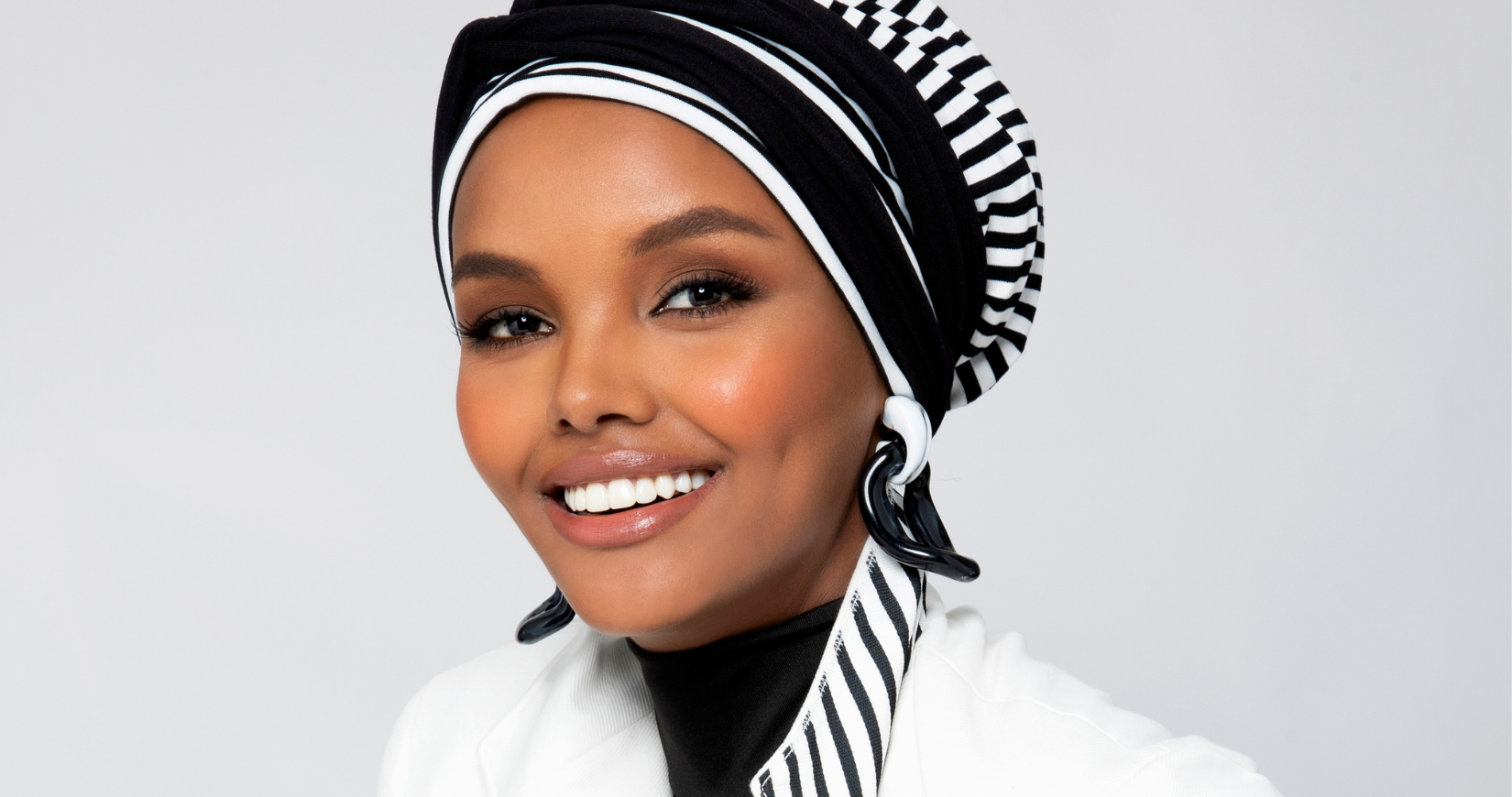 “As we celebrate International Women’s Day, let’s remember that millions of women still lack fundamental human rights worldwide. Many do not have passports, citizenship or a home. More still lack access to clean water, healthcare, education and a sense of safety,” says Talimka Yordanova, CEO of the Global Citizen Forum. “In the face of adversity, inspiring women like Yusra, Halima or Maha have found purpose and power while paving the way for change.”