While George Floyd Rests in Power, we Remain in Power - Global Citizen Forum Skip to content

Within our global community, we have recounted time and time again that what happens in one part of the world, reverberates in every corner of the world. Inevitably, undoubtedly and without compromise.

What we have seen happen in the United States with the inhumane and brutal murder of George Floyd in the hands of those who are there to protect and serve us, has touched every single one of us in a very painful and intimate way. 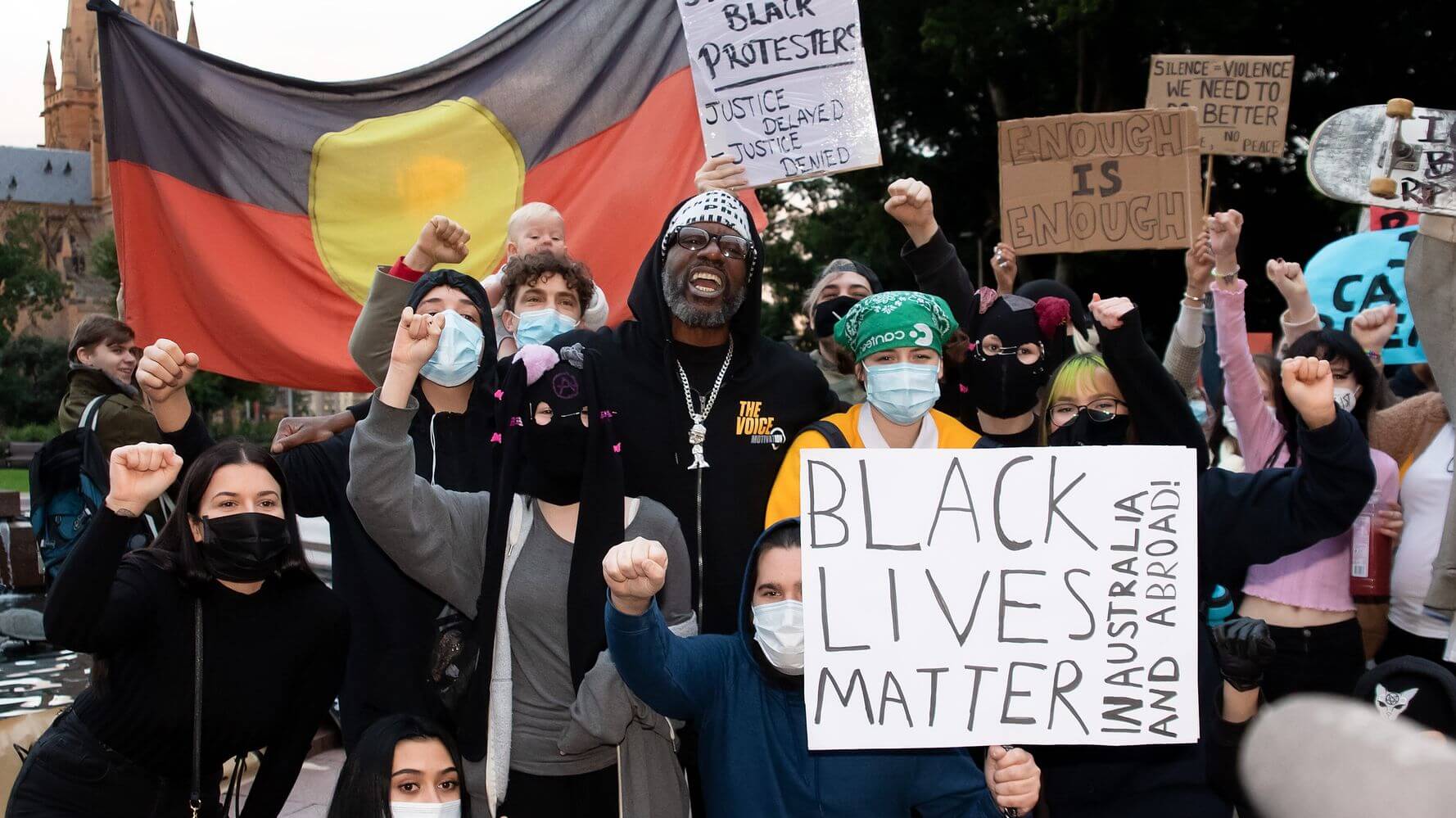 It is no surprise that the “Black Lives Matter” protests that followed Floyd’s death became a catalyst to spark change, and became the powerful explosion needed to lift the whole world up on their feet. Enraged, unrepresented and restless for justice, people across the globe did not just speak up, they screamed out loud.

This weekend the world witnessed the most diverse, most united and most global protest against systemic racism in modern history. Spanning across three continents, people from London to Naples and from Sydney to Seoul came out as one global nation to fight for their vision of the equal and democratic world they want to live in.

With less than 0,02% black people living in Japan, we saw Tokyo lit with protests, as well as a movement in Korea with marchers dressed in black, holding their fists up and chanting ‘black lives matter’ in Korean and English. We saw the same thing in Kuala Lumpur, Bangkok, Jakarta and Shanghai.

In Syria, artist Aziz Asmar was moved to paint George Floyd on the rubble of a building destroyed by the ongoing war in his country. “Despite the international negligence and blindness of the killing of civilians in Syria over a period of 10 years, we have a humanitarian duty to sympathize with all the oppressed in the world.”

Tens of thousands of people in Australia came out on the streets of cities and towns to show solidarity to black people around the world, but also to protest the discriminative behaviour of local authorities towards immigrants and ethnic minorities. Australians came out on the streets to remind their government that they welcome, respect and support those that have migrated to their country and their rights are as important as any other citizen living in it.

European protesters, in turn, vented their anger at the continent’s colonial history and the role it played for structural discrimination to occur, aggravate and persevere until today. The people of Bristol took on a symbolic execution of the statue of Edward Colston, a 17-th century slave trader, with images on social media showing protesters kneeling on the statue’s neck while screaming ‘I can’t breathe’.

It is not the first time that we witness a global protest that unites people beyond the boundaries of their local or national belonging. The truth is that the past couple of years have been extremely instructive on the level of interconnectedness we are facing today and the collective power we carry, as a humanity, to address global challenges as a global community, rather than an individual nation.

The ‘Fridays for Future’ protests were probably the first time the world’s youth, the next generation that will carry this collective identity forward, demonstrated to the world that climate change is not a problem of the USA or China. It is a problem of the planet Earth and it being addressed is not just the government’s responsibility, it is everybody’s duty.

The current pandemic has played a tremendous role in strengthening this sense of belonging, awareness and connection. Modern-day humanity has never had to actually confront a truly global crisis and unite in the effort to combat it. This is the first time that governments from every corner of the world are forced to work together in order to tackle the pandemic. It is also the very first time that a privileged white man in a developed country and a disadvantaged woman of colour in a low-income economy have shared the same fear. This phenomenon, as much as it has strained a number of processes, it has contributed to an unprecedented shift in people’s sense of belonging and identification and as they say, this is something you cannot un-see or in this case, un-feel.

Today, more than ever, we are responsible, active and participating citizens of the world and the BLM movement is the very example of how mature, aware and conscious of its connectedness and collective action the global community has become. And it is exactly discrimination that can pool us together, because it is something we can all relate to. The beauty is, we don’t just relate. We relate, connect and unite. We unite in the vision for the world we want to live in. A world that is fair, equal, democratic and is built on the principles of acceptance, understanding and justice.

As much as this is a week of grief and mourning, there is a positive story to be recognized. The shared identity of people who want to be treated the same way, the decisive and uncompromised abolishment of stigma and division, but also the shared belief that the fight for equality starts with us, the citizens of this world.

While George Floyd rests in power, we remain in power and it is our duty and responsibility to exercise it.